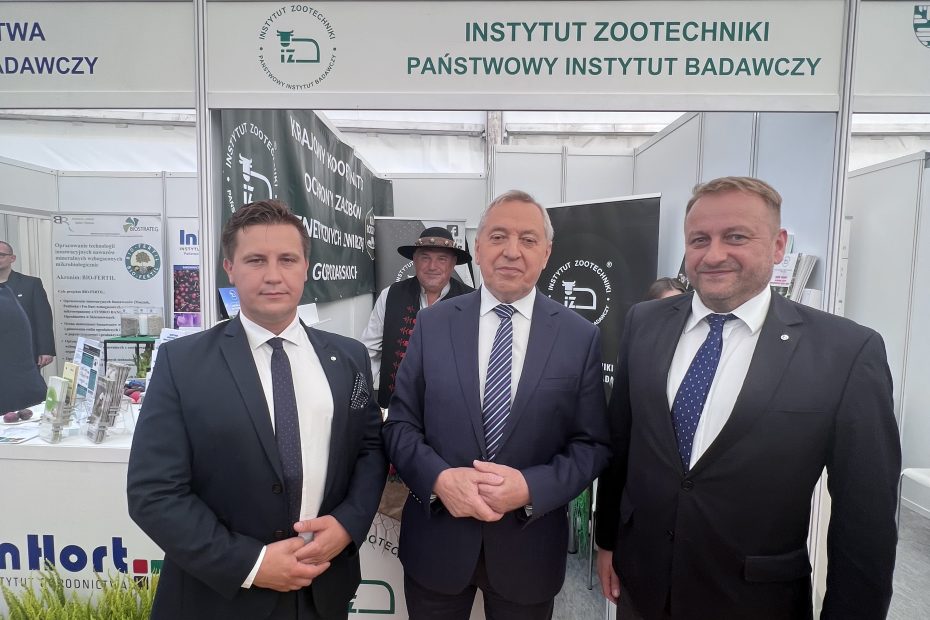 The 31st National Agricultural Exhibition was held on 3-4 September 2022 in Częstochowa as part of the Nationwide Jasna Góra Harvest Festival. The exhibition was organized under the honorary patronage of the President of the Republic of Poland, Andrzej Duda, who personally attended the harvest festival celebrations.

A ceremonial Holy Mass was attended by farmers’ delegations from all over Poland. Those who came to Jasna Góra emphasized the great value of the Polish countryside.

During the exhibition, the National Research Institute of Animal Production presented its achievements at an exhibition stand located in the Science sector. The many visitors could familiarize themselves with the publications and studies concerning the current research work and the laboratory services on offer, and taste the products made from native breed raw materials.

previous“21st Farewell to Holidays in Rudawka Rymanowska”, 26-28 August 2022
nextFormal sitting of the Main Council of the Research Institutes – Warsaw, 12 September 2022